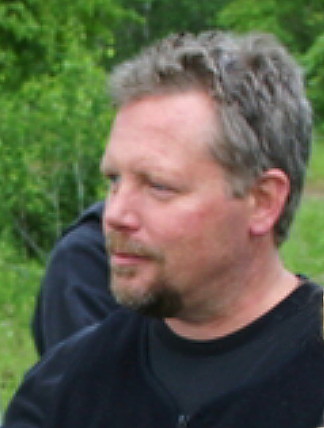 When Todd was a kid, he spent a lot of time jumping off of the dock at his family’s cabin to discover “lost treasure”. Little did he know, the treasure was actually pocket change that his father, Bill, had intentionally tossed into the lake. It was a clever ploy to develop his son’s interest in diving. The effort paid off. At the age of thirteen, Todd passed his first certification and kept advancing to higher levels. About ten years ago he achieved his Master Instructor rating. Todd is now co-owner with his dad in the family business – The Minnesota School of Diving. They have two successful dive shops: one in Brainerd and a smaller shop in Saint Cloud. The shops keep him pretty busy, but he still finds time to teach and to dive. Of course, running a dive shop or two provides you with the opportunity – or excuse – to go diving in exotic locations. Todd has led group dive trips to fun locations all over the world. However, one of his favorite places to get his flippers wet is right in his own back yard – literally! That would be the flooded mining pits of the Cuyuna Iron Range. A little over fifteen years ago, Todd and his dive buddies created the first of a series of maps highlighting the mines’ 46 dive sites. The Brainerd shop leads about 70 fun dive trips there each year. Todd is also a founding member of the Crow Wing County Sheriff’s Volunteer Dive Rescue Squad. Since 1992, he has personally been involved with the recovery of twenty drowning victims. He also advises the Cuyuna Lakes State Recreation Area Planning Board. Although diving fills Todd’s days, he is far from a one-dimensional guy. He’s appeared on local and national television a number of times, he enjoys travel, motorcycle riding, shooting pool, reading, and (most of the time) working on restoring his 125 year old house.

Todd will now share with us, one of his favorite diving spots, the Cuyuna Lakes mines.
Join Todd as he highlights many of the 50 dive sites available to divers in the Cuyuna Mines. Although many mid-western divers may have heard of the Cuyuna (Crosby) Mines, and many may have dived there, but they only dive at a few of the sites. There are many others sites that they don’t get to. Todd will integrate pictures and video of some of these more remote sites and give recommendations on how to navigate around the area to enable you to experience all that Cuyuna has to offer.