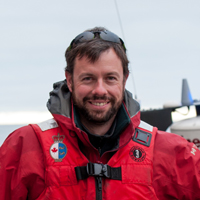 Thierry Boyer was born on the South Shore of Montreal. He began his studies in anthropology and historical archaeology at Laval University in Québec City where he obtained a Bachelor’s degree in 1999. He then went to France to complete a Master’s degree in Marine Archaeology at the Sorbonne, studying ancient ship’s bilge pumps. He began working with Parks Canada’s Underwater Archaeology Service as a volunteer in 1997 on the excavation of the Elizabeth and Mary shipwreck (1690) and became a full-time underwater archaeologist with the team in 2007. Previously, he had participated in numerous archaeological projects, both underwater and terrestrial, in Wyoming, Québec and Ontario.

Most of his underwater archaeology expertise was developed however with the Department of Underwater Archaeological Research (DRASSM) in France on surveys in Le Havre and Arles, on the excavation of the two Lapérouse frigates sunk in 1788 near Vanikoro, Salomon Islands and, more importantly, on the long-term excavation of two 18th-century French frigates sunk at la Natière (St. Malo). With Parks Canada, he has worked on many surveys in Canada, including those in the Saguenay-St. Lawrence Marine Park, Mingan Archipelago National Park Reserve, and at L’Anse-aux-Meadows National Historic Site and the Fortress of Louisbourg National Historic Site. In 2010, Thierry took part in the underwater search for the wreck of the HMS Investigator. A true nature lover, he returns every year to this region of the world to dive at the HMS Investigator or HMS Erebus sites or pursue research work for the other lost Franklin ship, the HMS Terror. Over the years, Thierry has developed a keen interest in public outreach and education. He is also the photo and video specialist for Parks Canada’s underwater archaeology team.

Discovery of the Erebus from the Franklin Expedition

In 1845, Sir John Franklin and 128 sailors embarked from England to find the Northwest Passage aboard the ships Erebus and Terror. They never made it. Their ships became trapped in the ice and eventually sank. There were no survivors, although evidence indicates some of the crew may have held out for as long as a few years. In the late 1840’s, a search party heard oral Inuit legends of a big ship sinking off of Nunavut’s King William Island. The fruitless search for those lost ships began then and continued off and on for over a century.
In 2008, Parks Canada’s Underwater Archaeology Service began a fresh search that was finally successful in 2014 with many discoveries since. Thierry was a part of that team and will tell us now about his team’s adventures in the artic.

Thierry will do double duty as our banquet speaker and present a light-hearted look at the beauty of diving in Parks Canada. 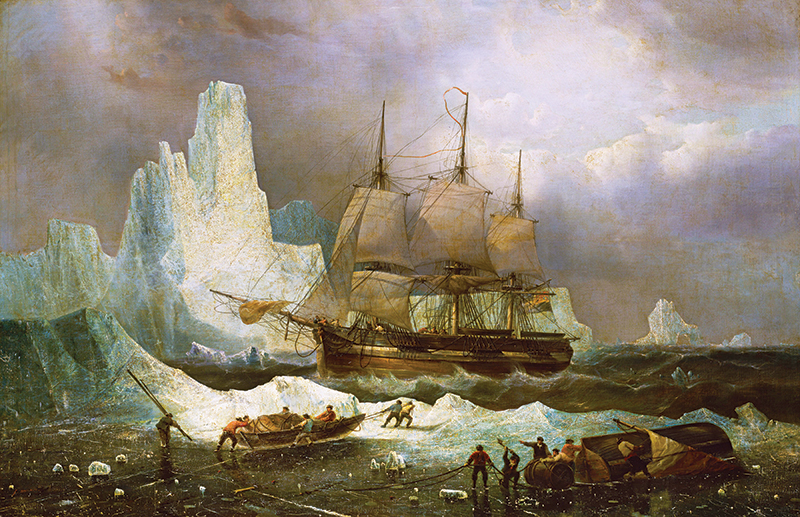