Richie Kohler is a filmmaker, author and shipwreck explorer whose diving experiences have taken him to all corners of the globe. Those exploits have been documented in newspapers, magazines, documentary films and in the NY Times best-selling book, Shadow Divers, by Robert Kurson. Kohler co-hosted and produced fifty-six episodes of the popular History Channel program “Deep Sea Detectives” and numerous other television programs detailing his explorations on some of the most famous shipwrecks in the world, including the Andrea Doria, RMS Titanic, and the HMHS Britannic. A fellow in the Explorer’s Club, Kohler continues to lead expeditions worldwide in search of lost ships and the mysteries they hold. He has written dozens of articles about shipwrecks, deep diving and diver safety and published his first book, Mystery of the Last Olympian detailing a decade of work on Titanic’s sister ship Britannic. Over the years he has made numerous presentations at schools, libraries, diving conventions and symposiums promoting diving safety, education and awareness.

Mystery of the Last Olympian

Was Britannic, the tragic sister ship of Titanic, always doomed? In Mystery of
the Last Olympian, Richie Kohler takes you on the intriguing journey from
the rise of the magnificent Olympians to the fateful day in 1916 when HMHS
Britannic sank. Internationally known from the book Shadow Divers and co-host
of the History Channel’s Deep Sea Detectives, Kohler is one of a small group of
explorers who has carried on the forty-year search to find the truth of what sent
the mighty ship to her watery grave. 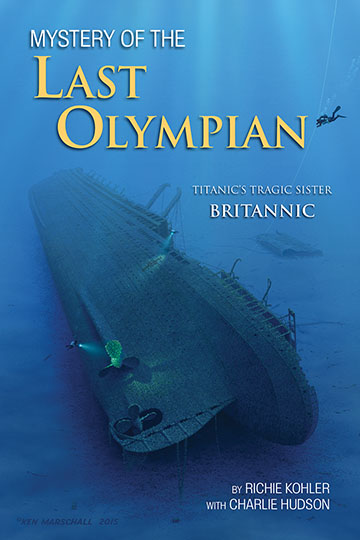 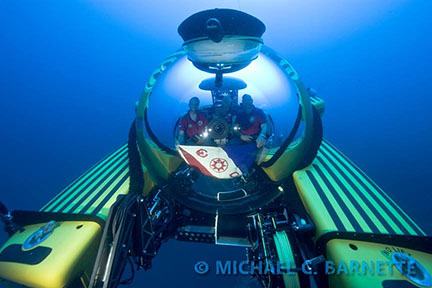