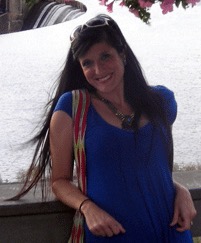 Melissa started diving in 2001, when she moved to Florida to study Marine Biology at the University of West Florida. Originally, she got SCUBA certified to do marine biology research in the Wakatobi National Marine Park and Dry Tortugas while studying, but has since learned that ship wreck diving in the upper Midwest is also quite intriguing, and a sport all on its own! While studying Marine Biology, Melissa has done research in the realm of fish physiology on the Common Mudskipper, Sand Flat Goby, Atlantic Stingray, Blue-Spotted Ribbontail Ray, Red Snapper, and several species of juvenile bony fish. Melissa has worked for the Society of Environmental Toxicology and Chemistry, as well as SEA LIFE Aquarium at the Mall of America, and now currently works for Aquaventure Dive and Photo Center in Maple Grove, where she is a Dive Master. Of all her exotic world travels, Melissa claims nothing has been more fulfilling than Operation Wallacea's Hoga Island Research Center, a British run marine biology research station, in Southeastern Sulawesi, Indonesia.

Operation Wallacea will take you away!

Are you looking for a unique travel opportunity that is unlike anything you have experienced thus far? Have you ever wanted to truly get off the grid? Live in a grass hut by the ocean, eat fresh tuna, and have no electricity or running water? Have you ever wanted to take part in a conservation effort that supports eco-tourism in a way that literally puts money directly into the hands of local people, who without it, would only make around $75 in an entire month of working? Come learn how you as an individual can volunteer to work on a marine research project for a short duration such as 2, 4, or 6 weeks, doing just that. Dive daily on some of the most pristine and diverse coral reefs in the world, and work with scientists from all over the globe, who want to leave the ocean as an inheritance for our children, who want to see coral depletion and the finning of sharks be stopped, and who are actively educating both locals and indigenous people groups on sustainable fishing practices. Join me for a talk on Operation Wallacea, and the many unique experiences its Indo-Pacific research stations have to offer both individuals and students alike.