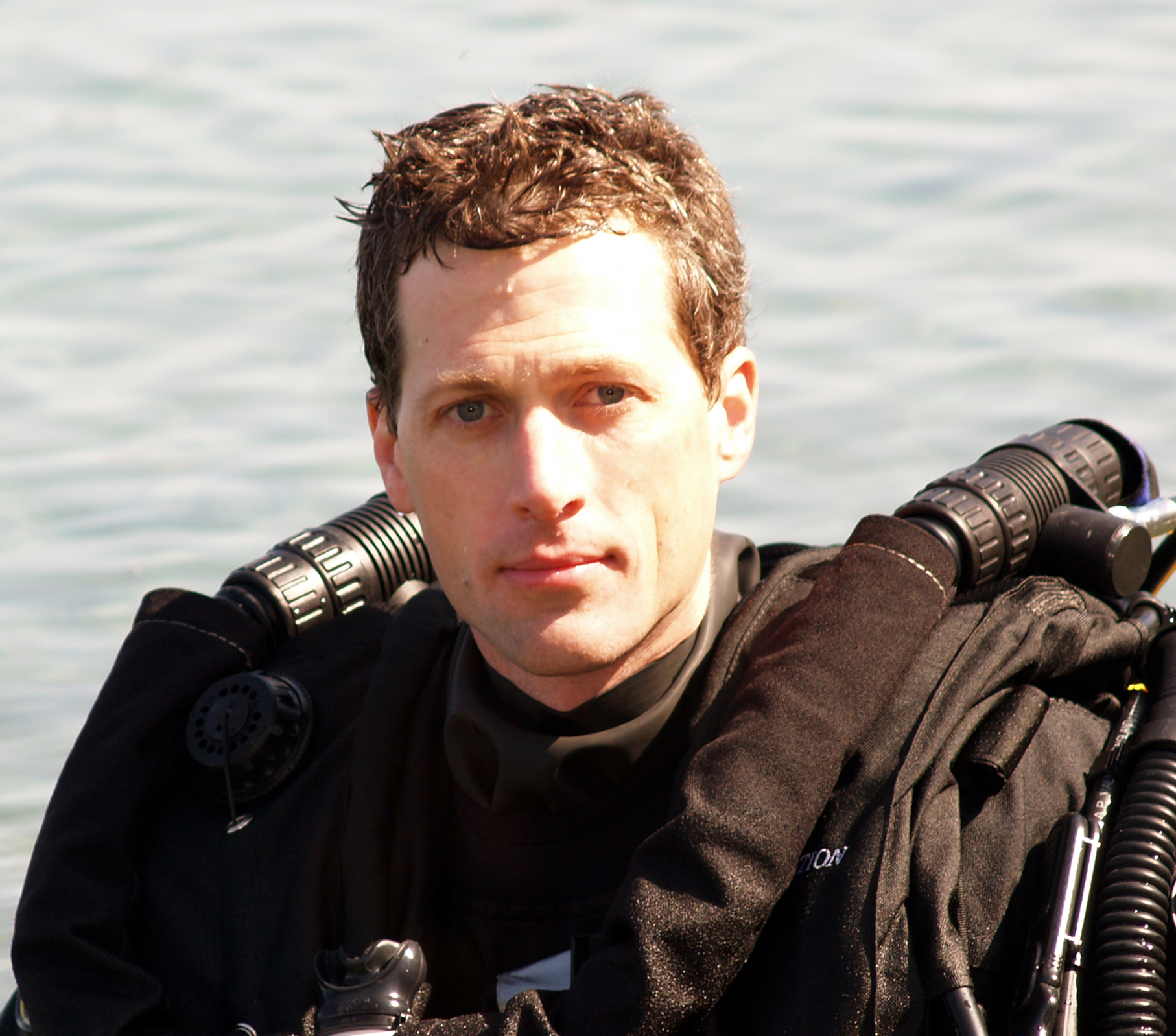 John Janzen is a rebreather and technical diving instructor who has been diving the Great Lakes for 25 years. He has made many notable accomplishments such as the first dives on the stern of the Carl D. Bradley (370 feet), the first entry of the Bradley's engine room and he holds penetration records in submerged tunnels of regional copper and lead mines. In 2007, he and John Scoles recovered the Bradley's bell, which was the deepest artifact recovery ever performed in the great lakes by autonomous divers. The story is told in the Emmy award-winning documentary November Requiem. John has worked as a diver and videographer for National Geographic, NOAA, Wood’s Hole Oceanographic Institution, Michigan State Police, U.S. Coast Guard and The History Channel. Most recently, his videography has been featured in the Great Lake Warriors TV series. John has written for Wreck Diving and Advanced Diver Magazines, published the Diver's Guide to Lake Wazee and wrote the factory service manual for the Inspiration rebreather. He holds a B.S. degree in Chemistry and is a certified machinist. He works professionally as an Engineer in the defense industry, where he has contributed to many programs including Cray supercomputers, NASA, Navy Research Laboratory, National Missile Defense, DARPA and most recently, in the field of explosives chemistry.

The Presque Isle region of Lake Huron is rapidly gaining a reputation as one the of world’s premier shipwreck diving destinations due to its clear water and abundance of outstanding wrecks. The region offers wrecks for almost any skill level of diver. Through words and video, dive with John to his favorite Presque Isle wrecks and hear about his most recent work there. Video of the newly discovered M. F. Merrick and Etruria wrecks will be included as well as pictures and video of some of the most exciting artifacts yet seen in Presque Isle.