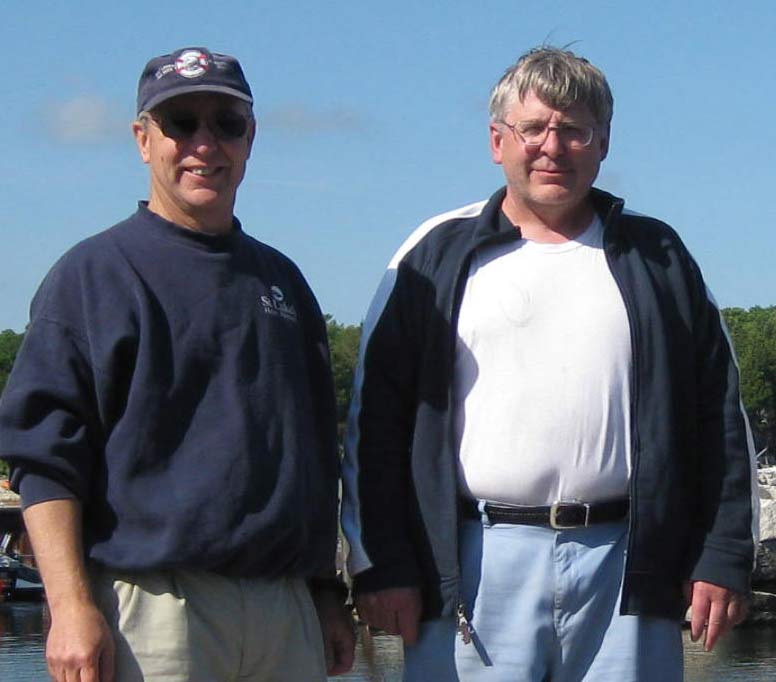 The team of Jerry Eliason, Kraig Smith, and Ken Merryman have been hunting and exploring new shipwrecks for 23 years.

Jerry Eliason started diving in the small lakes around Rice Lake Wisconsin in 1966. His first dive in Lake Superior was in 1968 with a wet suit but without hood, boots, or gloves. From 1976 to 1989 he logged over 700 wreck dives. After a case of the bends in 1989 he has focused his attention on locating previously undiscovered wrecks. In collorbation with Kraig Smith, Ken Merryman, Randy Beebe, his son Jarrod and wife Karen; Jerry has been part of 13 successful shipwreck hunts including the 'went missing' wrecks BENJAMIN NOBLE and HENRY B. SMITH. The most recent discovery Jerry participated in is the SCOTIADOC. Eight hundred seventy feet deep; the SCOTIADOC is the deepest shipwreck ever discovered in the Great Lakes. This past December he received the University of Wisconsin - Eau Claire Alumni Distinguished Achievement Award. Jerry plans to retire from shipwreck hunting once he finds the U-656; the first German U-Boat sunk by US Forces in World War II.

Ken Merryman is past president and founding member of the Great Lakes Shipwreck Preservation Society. He is a veteran speaker at Gales of November and Ghost Ships and gives several shipwreck talks each year. Ken has been an avid Lake Superior shipwreck diver for over 40 years and has operated a scuba diving charter service for 38 years. Although his charter business operates mostly at Isle Royale National Park, he also frequents the Lake Superior North Shore, Apostle Islands, Lake Michigan and Lake Huron diving and searching for new shipwrecks. Ken is employed as a computer engineer at Micron Technology. 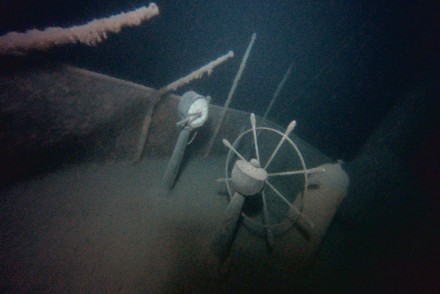 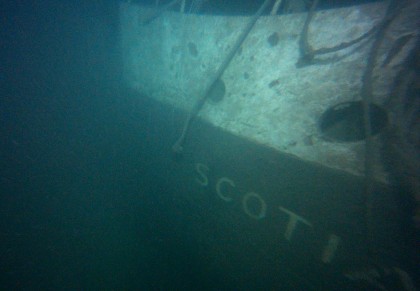 Lake Superior’s waters hide some of the the Great Lakes deepest shipwrecks. These wrecks lie in 400+ feet of water and are currently beyond even rebreather limits for almost all divers. Since the 2006 discovery of the Harriet B in 650 feet off water. Jerry has been building and perfecting his deep water camera equipment and techniques, which now allow the team to get images of these undiveably deep wrecks. Hear about the technology journey and see seldom viewed images of the Henry B. Smith (530 ft), Harriet B.(650 ft), Firen (450 ft), Cyprus (420 ft), Ontario (400 ft), and the newly found deepest wreck in the Great Lakes Scotiadoc (870 ft).