Caitlin Zant and Tamara Thomsen have worked together for four years as Maritime Archaeologists with Wisconsin Historical Society. During their time together they have surveyed submerged cultural resources ranging from inundated mine sites, to quarry and lumber docks, Native fish weirs, as well as shipwrecks of the Great Lakes. They have teamed up to successfully nominate more than twenty properties to the National Register of Historic Places. The Harriet B. survey is their second project partnering with GLSPS and fourth with Crossmon Consulting, LLC.

Harriet B. Minnesota’s Deepest and Most Intact Shipwreck

Four miles off Two Harbors and 656 feet below the surface of Lake Superior lay the remains of the converted wooden barge Harriet B. Built in 1895 at the Craig Ship Building Company in Toledo, Ohio as the railroad car ferry Shenango No.2. The ship transported bulk cargo and general merchandise within railroad freight cars on Lakes Michigan and Erie throughout the bulk of her career. During her railroad service the vessel also carried the names Muskegon and Pere Marquette No. 16 as the ship changed owners and railroads. In 1921 the vessel was renamed Harriet B and adapted for reuse as a pulpwood barge by the Hammermill Paper Company to operate between ports on Lake Superior and Erie, Pennsylvania. On the morning of May 3, 1922, the steamer C.W. Jacob with the barges Harriet B. and Crete were lying seven miles off Two Harbors in the dense fog, awaiting daylight before attempting to negotiate the harbor entrance. At 4:50 AM, the iron-laden steamer Quincy Shaw struck the Harriet B., which cut the vessel nearly in half and sank her in less than twenty minutes. During the summers of 2016 and 2017, archaeologists, GLSPS members, and ROV survey experts from Crossmon Consulting LLC conducted the deepest archaeological examination of a shipwreck on the Great Lakes. Their analysis has resulted in the nomination of the Harriet B. to the National Register of Historic Places. 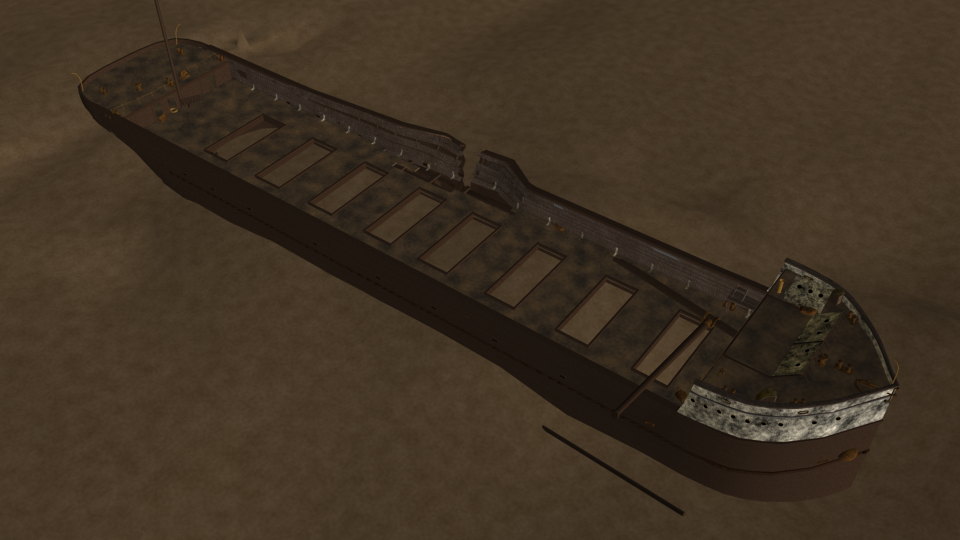