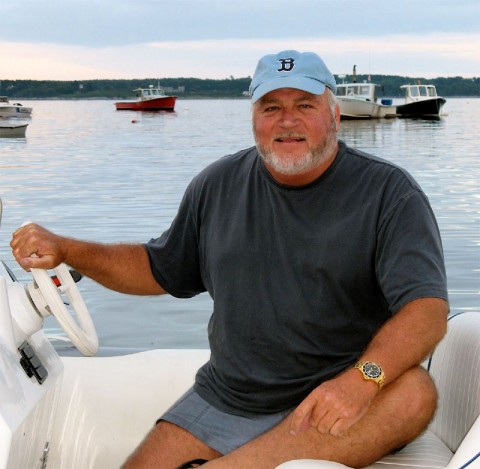 Bret Gilliam has been professionally involved in the diving industry since 1971, a career now spanning over forty years. Since beginning diving in 1958, he has logged over 18,000 dives around the world. His background includes scientific expeditions, military/commercial projects, operating hyperbaric diving treatment facilities, liveaboard dive vessels and luxury yachts, retail dive store & Caribbean resort operation and ownership, as well as filming projects for movies, television series, and documentaries. He was founder and President of V.I. DIVERS LTD. in the U.S. Virgin Islands until selling that corporation in 1985. As President of Ocean Quest International, he was responsible for the world's largest sport diving program from 1987 to 1990 aboard their 550 ft., 28,000-ton ship. Bret is licensed as a Merchant Marine Master, submersible pilot, aircraft pilot, and recompression chamber supervisor. He is a frequent lecturer at diving conferences around the U.S. and internationally. He has sponsored research projects in decompression sickness, diving computers, inert gas narcosis, multi-day repetitive diving and developed some of the first certification specialty courses in dive accident management & recompression chambers and multi-level computer diving. His company operated the first ship-based recompression chamber facility to treat sport divers. His diving operations have conducted in excess of 450,000 dives for sport divers since 1971. Bret is a prolific writer and photographer on various subjects related to diving education, diving physiology, travel, and diving operational systems. He has been published in virtually every diving magazine in the U.S., Europe and Asia as well as National Geographic, Sports Illustrated, Outside, Time, Playboy, and many others. Author of nearly 1000 published articles, his photography has graced over 100 magazine covers, and he has been primary author, editor or contributor to 58 books on diving and other topics. Considered the leading pioneer for technical diving, he is one the country's most experienced deep divers and held the world depth record for compressed air diving at 490 feet. Additionally, he is ex-Chairman of the Board of Directors of NAUI, former Vice President & CEO of UWATEC, and recently retired as President of International Training Inc. (TDI, SDI, ERDI) when he sold the company in February 2004. Bret has twice been the recipient of NAUI's Outstanding Contribution to Diving Award, Beneath The Sea’s Diver of the Year, as well as international honors for his photography and film work. He is also included in Who's Who In Scuba Diving by Best Publishing. He was elected to membership in the internationally prestigious Explorers Club with additional honors as a "Fellow National". He is President of the consulting corporation, OCEAN TECH. He is also a member of the elite Boston Sea Rovers. The Beneath the Seas Foundation honored him eight years in a row from 2005-2012 by naming him a Legend of the Sea. Gilliam has founded and sold six diving corporations (V. I. Divers Ltd., Ocean Quest International, G2 Publishing Inc. (Fathoms Magazine), DiveSafe Insurance, and TDI/SDI since 1971. As President and CEO, he was instrumental in taking UWATEC public in a sale for 44 million dollars to JWA in 1997 and sold his publishing company (Scuba Times and Deep Tech) to Petersen/E-Map in 1999. His entrepreneurial successes in the diving industry have made him a multi-millionaire. He is 61 and lives on Arrowsic island in Maine but still travels extensively internationally on dive business and filming expeditions. He also has an extensive practice as a litigation consultant and expert witness in the fields of diving, maritime operations, and field management of diving barotraumas. His most recent book, Diving Pioneers & Innovators: An In-Depth Series of Interviews was released in November 2007 to widespread critical acclaim through New World Publications. 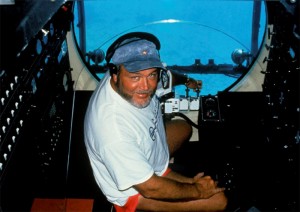 Gilliam was involved in all phases of the modern diving industry from 1971 to the present. His companies pioneered resort diving in the Caribbean, the earliest liveaboard diving vessels, shaped the certification curricula of dive training, helped set protocols for field treatments of divers in recompression chambers and “in-water” protocols, helped develop and manufacture the world’s most successful modern diving computers along with decompression algorithms, established standards and training procedures for the technical diving segments including nitrox, mixed gas, equipment, and rebreathers, as well as leading innovations in magazine and book publishing. He will discuss the evolution of industry practice in detail including the sometimes heated controversy that was generated by innovations and changing technology. Gilliam’s perspective spans five decades and provides a unique perspective of how the industry adapted and changed over the years.

We are very lucky to have Bret Gilliam joining us to do a second presentation at our Saturday Night Banquet. Bret’s dinner presentation will be a humorous light hearted talk about the myriad of the funny things that have happened over his career. Everything from being hired to work on his first underwater movie project in 1971 that turned out to be an early exotic adult film, to the absurd things that have happened aboard ships, movie sets, during diving activities, etc. It will include stories of people that have made huge marks in diving and have also shared the same sardonic sense of humor with Bret. It promises to be an evening filled with laughter and great stories. Please join us in welcoming Bret to this encore presentation.